The third generation takes over the responsibility 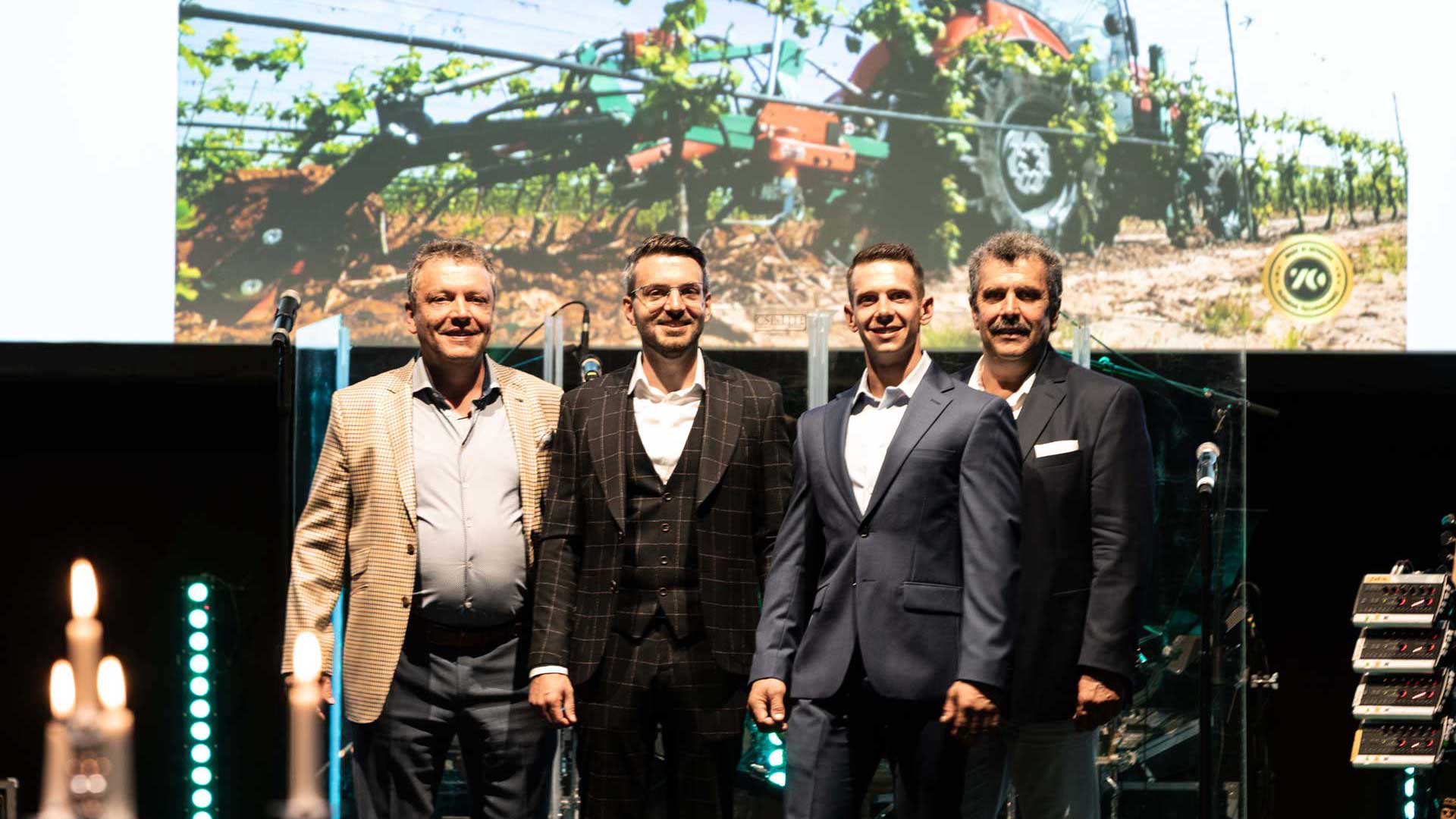 29 Jul The third generation takes over the responsibility

Posted at 11:01h in Aktuelles EN by Helen Schieke
0 Likes

Together with its 225 employees and their partners, the family business from Wittlich is celebrating its 70th company anniversary.

Founded in 1952 by Bernard Clemens and his brothers Nikolaus and Matthias, the company is now one of the world’s leading manufacturers of attachments for viticulture and fruit growing. Over the years, the Clemens name has become a brand name, especially in the field of chemical-free mechanical weed control, to the extent that the Forschungszentrum Mittelstand (FZM) awarded it the designation “Hidden Champion”.

Looking back through 70 years of company history, Bernd and Thomas Clemens repeatedly emphasize the importance of togetherness: “The best idea is no use if you don’t find people to implement it with, customers who then buy the product, and suppliers, banks and authorities who make it possible for you.”

For the company, which has won awards as an attractive employer, training, since its origins, has been the basis and guarantor of healthy growth, which is impressively confirmed by the current number of 36 trainees.

With the sons Patrick and Tim Clemens, the 3rd generation joined the company in 2017, since 2021 also as co-partners.

“Employees loyally connected with the company, close long-standing often family relationships with customers and suppliers, together with courage and trust were the basis for the founders, are the basis for us and remain the basis for our children,” Bernd and Thomas Clemens said at the end of their speech.

“And after almost 30 years and for the transition to the 3rd generation, we are also expressing our change to the outside world with a fresh new logo that will symbolize “CLEMENS around the world”, said Tim and Patrick Clemens.

As the highlight of the official part, Bernd Clemens hands over responsibility for CLEMENS Technologies GmbH & Co. KG to his son Patrick: “Today is a transition, not a break. Approach your tasks with courage, hope and confidence, then the work will succeed.”

“I am happy and proud to be able to take over a healthy company and lead a highly motivated team,” Patrick emphasizes in his speech, and also immediately sets out his goal: “To develop CLEMENS into the number 1 partner for winegrowers worldwide, and in doing so to also tackle the fruit-growing sector more strongly in the future.”

The transition to the 3rd generation will be completed by Tim Clemens, who together with his father Thomas will steer CLEMENS Vineyard Equipment in the USA.

Afterwards, the anniversary, the transition and the beginning of a new chapter in the history of the medium-sized family business CLEMENS was celebrated cheerfully until deep into the night.